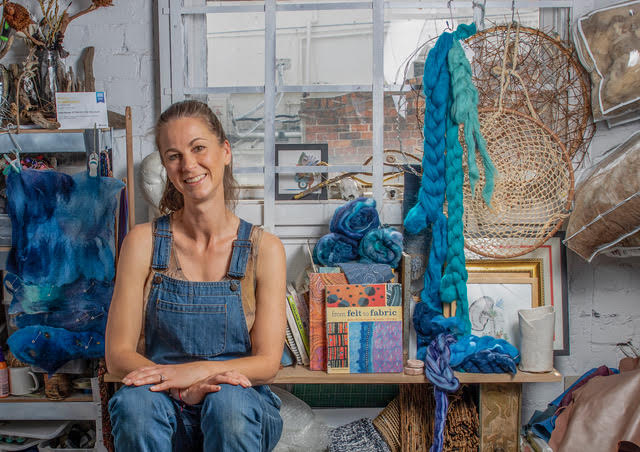 St Kilda artist Kate Drinnan has always felt that if she is not creating, then it’s like not breathing.

About five years ago, Kate found herself at a crossroad. She took on helping her husband grow his business, but that also left her with time to explore being an artist in a more dedicated way.

She had a varied background early where writing was her first creative passion, so leaving school saw her studying journalism at university. It ended up not being the right environment for her because she feels she is a very self-directed learner. “I’d been given a topic and I would become obsessed with it for a month and so. That put me fairly far ahead of the class so I got bored,” said Kate.

After some time off, Kate studied web and graphic design which led her into studying photography part time for four years. “That’s where a lot of the graphic design and also the nature of my work comes from. It’s got that grounding in the photography,” said Kate.

Even though Kate has plans with her art, the graphic and web design side pays her studio rent and does give her some sense of fulfillment.

“What I love about that and it also kind of relates to all my creative work, no matter what medium I’m working in, is I love connecting and opening up emotionally with people and understanding what exactly it is that they are trying to convey on an emotional level rather than a logical level,” said Kate. “I think that’s where the logo skills come through because I’m able to understand the essentials of a business and go from there.”

So, where did her style come from? “I work in seascapes, but the materials that I use are quite varied, so I can use anything from recycled jeans through to felted wool and found objects,” said Kate. “I have lived in Port Phillip for fifteen years now and it’s that feeling that you get when you cross the road and walk over the sea wall and all the urban environment becomes irrelevant, but it’s also like the interplay between those. So, it’s seascapes with a story basically.”

Although Kate frames many of her pieces, she wants people to touch her art. She enjoys creating free hanging more so that people can interact with them, something she encourages.

“I think working in textiles and fibres is a little bit of a … I’m going to swear … fuck you to the digital age … a kind of a balance to that. You know it’s digital not very tactile, it’s quite smooth and cold,” said Kate.

Kate believes when people fall in love with art, it’s usually they’ve fallen in love emotionally rather than “that’s pretty and it will go really well with my couch.” But that’s art at the end of the day.

“It depends on the pieces, I think people can relate to the feelings in them,” said Kate. Working in deconstructed denim and thrifted clothing does have its challenges. “I saw this really great video of an artist called Ian Berry and he only works in denim and he said it’s actually quite tricky to get people to get it, to get past the kitsch of it or the gimmick of it and actually get into the piece. So, I find that quite challenging because it is a different medium to be working in.”

“The body of work in itself is work-in-progress at the moment, so there’s still some other elements of the story that I’m starting to work into the pieces, said Kate. “Personally, I don’t think I’m expressing exactly what I want yet, that constant dichotomy in the urban and natural environments that we get in Port Phillip.”

Kate sometimes feels she is an emerging artist but she is planning her first exhibition and hopes to be a full-time artist with a gallery in the front and a workshop at the back.

“I haven’t been in the industry for very long … I like to pick really hard things to do apparently, I think only sadists decide to become artists. It’s a tough gig and it’s kind of 70% discipline, 20% luck and 10% percent creative,” laughs Kate

Her current body of work is called ‘No Safe Harbours’. 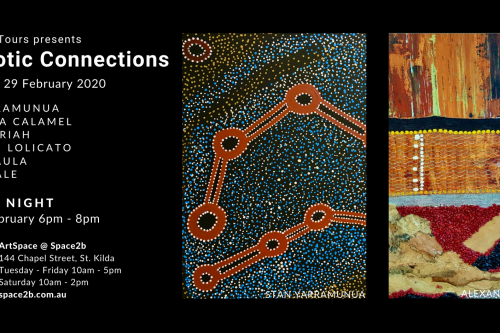