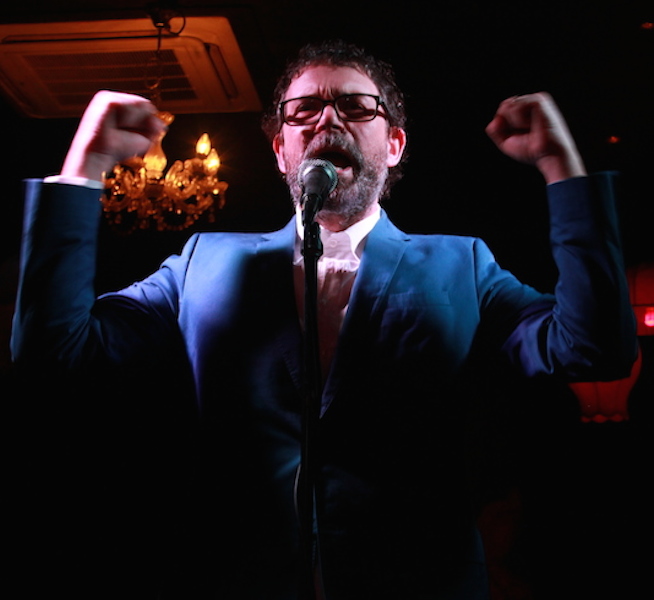 In 2010 web designer Brian O’Rouke came to St Kilda based publisher / producer Mick Pacholli with the idea of joining forces to establish a St Kilda Art Crawl, modelled along similar lines to the Venus Beach Art Crawl in California. It was always going to be a mega challenge and gargantuan feat to pull together and inspire local businesses, art galleries and artists in St Kilda to join forces for one weekend to celebrate ART under the direction of two independent operators.  After a few unsuccessful starts and parting of the ways in 2017 Mick took the bull by the horns, got together with a group of local business owners, creatives and artists and established the St Kilda Arts Community Inc., a non for profit charity to auspice and administer the event.

The first St Kilda Art Crawl took flight in Sept 2017, followed by two more in May & Sept 2018; endorsed by the Hon. Martin Foley Victorian Arts Minister along with financial support from the City of Port Phillip and Creative Victoria as well as an army of enthusiastic creatives and local businesses.

Highlights of the Sept 2018 opening at the Palais Theatre

MC Tony Bolton and comedienne Nikki Osborne hosted the fun filled evening with Bernadene Voss the Mayor of the City of Port Phillip as keynote speaker. The Mayor was joined by Cr Ogy Simic and Cr Marcus Pearl in celebrating and endorsing the official launch of St Kilda Arts Alive Sept 2018 art crawl.

The view of the St Kilda art scene over the weekend was more intimate than in previous art crawls with most of the activities happening within the established art galleries, where art enthusiasts met and engaged with the participating artists.

A first for the arts community, a stage was erected in the Acland Street Mall at the Barkly Street end to showcase local and visiting talent. The stage was setup Friday afternoon with Planetary Healing presenting a multi-cultural celebration for the International Day of Peace.

Saturday continued with a variety of artist demonstrating their techniques and showing their work. There was face painting by the Body Gallery and preview performance from Carol Ann Gill’s Pantomime production ‘The Frog Prince’, followed by a DJ till the finish. The Stage attracted up to 150 on Saturday and Sunday’s music captured around 500 listeners from late morning to late afternoon.

The marketing and PR campaign was also supported by Milkk PR achieving radio talkback, half a page in the Herald Sun and Leader newspapers as well as an extensive social media campaign on St Kilda Arts Community Instagram and Facebook by Final Glitch. This extra publicity drive added to the 30,000 maps distributed to 20 suburbs with 4,500 distributed to all St Kilda venues and local outlets. Most venues said they ran out of maps. Overall it has been estimated that there were between 1,800 and 2,000 participants with an increase of around 25% from the May 2018 art crawl.

Policy values the positive influence of art and culture as a fertile way to energise St Kilda and State and local governments are keen to support the creative endeavours of organisations like the St Kilda Arts Community, a non-for profit managed by a small and dedicated team of volunteers.

The May St Kilda Art Crawl was launched on Thursday with 37 participating venues and businesses showing tremendous community support. There were 32 venues on the map and over a 100 artists showcasing the best in St Kilda.

Keeping up the momentum of the previous crawl it is estimated that there were around 1,500 people who participated in the May St Kilda Art Crawl from Thursday night to Sunday. A few venues stated that their numbers were well up from normal. Nearly all the galleries involved said they did well including the small galleries who said they gained new potential clients and leads.

Opening of Punchinello Pop Up May 2018

Although the May crawl was smaller than last September, the people who went on the crawl increased approximately 50 to 60% and this was confirmed by the larger galleries.

Profile of artists at Punchinello Pop Up May 2018

The difference in May was very little advertising was done but there were 20,000 maps printed/distributed two weeks before the event where in September 2017 there was more advertising and social media and 8,000 maps that were distributed a week before the event. Only a third of the last September crawl budget was spent on the May art crawl and the focus was on galleries instead of live music performance.

Thursday 24 was the opening of the St Kilda Art Crawl at the Vineyard Restaurant where up to 70 guests enjoyed the entertainment with special guests Frank Howson, Serge Thomann and entertainment from Eclectica and Steve Lucas.

As with the first art crawl Fitzroy Street joined in with two pop up galleries. Punchinello Pop Up curated by Grid Art Space opened for the second time to exhibit the work of five artists, again remaining open for a week after the crawl due to popular demand. The Linden Tree at 11 Fitzroy St also opened again on the weekend featuring the The St Kilda Comedy Club on the Sunday with a line up of six great comedians plus an open mic.

Many venues were very busy over the weekend particularly on Saturday. The measure of people on the art crawl has been estimated at around 1,500 people. Our calculations show an approximate increase of 50 to 60 percent of people on the Art Crawl compared to last year.

The inaugural St Kilda Art Crawl was launched in St Kilda in September 21 endorsed by Hon. Martin Foley, supported by many local businesses and the City of Port Phillip and featured a total of 37 venues, 11 stages and more than 60 artists showcasing the best art and culture in St Kilda.

Enthusiasm was ignited and run high throughout the art scene at this time and the Espy in St Kilda, which had been closed for a couple of years decided to open their Gershwin Room for the crawl.

The Gershwin Room at The Esplanade Hotel played host to X with Steve Lucas on guitar and vocals, Kim Volkman on bass and vocals and Doug Falconer on drums as part of the Sept 2017 art crawl. On Sunday arvo the St Kilda Comedy Club produced a show with some of Melbourne’s most loved comedians. Over the weekend the Espy saw around 400 people rock away Saturday night and laugh themselves silly on Sunday,

The other events sponsored by the St Kilda Arts Community Inc. were Friday night at the Bowlo (St Kilda Sports Club) where four bands entertained the visitors and locals throughout the night.

During the weekend, most galleries noted an increase of visitors between 10 to 15 percent such as the Laneway Gallery, Temperature Vermillion, Pumpkin Lane Gallery and Catherine Hiller and most of them sold art.

Punchinello Pop Up launched its inaugural exhibition curated by St Kilda sculptor Adrian Spurr (Grid Art Space) and showcasing the work of ten amazing artists. The gallery remained open for a further two weeks courtesy of Jenny Li. Both pop ups had around 300 visitors and both sold art.

Many venues said their numbers were up on Saturday and Sunday such as the Titi Arts Café and. ILANEL Design Studio.

In support of his recently opened juice bar #HAPPYFoLK and the crawl Freddy Warschauer open the doors to 11 Fitzroy Street (Linden Tree) to host many events throughout the weekend.

On average, there was an increase of 28 to 35 people during the art crawl for each venue and if that is added to the numbers at the launch, the St Kilda Sports Club (Bowlo) and the Espy events, the total is just over 2,000 people. All the venues that have been spoken to (to date) have indicated that they wish to be involved in the next art crawl and many are planning how to improve themselves for the next event. Other venues have stated they wish to be involved in the next event.

Thursday 21 saw the official opening celebrations at the Vineyard Restaurant which was one of the first sponsors of the charity and a big supporter of the arts. Over 220 guests including council officials were served with delicious Vineyard savouries and wine, and were entertained with poetry and live music. The entertainment continued free to the public from 8pm till late in the night.

Highlights of the Inaugural St Kilda Art Crawl Sept 2017 opening at the Vineyard.

Mick Pacholli, ( co-creator of the St Kilda Art Crawl ) with St Kilda identity Barbara Harper during the inaugural opening of SKAC at the Vineyard in Sept 2017.

SKAC Sept 2017 Inaugural opening at the Vineyard with Frank Howson